What is an FLSA Workweek?

All employers must ensure compliance with federal overtime laws under the Fair Labor Standards Act (FLSA). However, that doesn’t mean employers can’t be flexible in scheduling workdays, even if it trims overtime wages.

In a recent case, the Fifth Circuit Court of Appeals affirmed a lower court ruling in determining that a Texas-based environmental solutions firm did not violate the FLSA by using a non-traditional workweek to calculate overtime pay (K. Johnson and B. Smith v. Heckmann Water Resources (CVR), Inc., 5th Circ., Case: 13-40824, 7/14/14).

The FLSA is the backbone of federal labor laws, and one of the many topics it governs are the rights and obligations relating to overtime pay and the minimum wage. It is administered by the Department of Labor's Wage and Hour Division (WHD). These standards affect more than 130 million full-time and part-time workers in the public and private sectors.

However, there are some exemptions to the FLSA, depending on the employee and the business. (See box to the right)

Important to note is that there is no limit, for any employee 16 years or older, in regards to the number of hours in a day or the number of days in a week that an employer may require an employee to work.

Similarly, it doesn’t limit the number of hours of overtime that can be scheduled.

However, employers must pay covered employees no less than one and one-half times their regular pay rate for all hours worked in excess of 40 hours in a workweek unless the employees are exempt (e.g., many salaried employees).

How Does the FLSA Define a Workweek?

Kevin Johnson and Brad Smith worked for Complete Vacuum and Rental, which later became Heckmann Water Resources (HWR). Both individuals were classified as non-exempt employees and were paid hourly wages. They each worked for seven consecutive days beginning every other Thursday.

Johnson’s shift began at 6 p.m. while Smith began working at 6 a.m. HWR paid its employees on a bi-weekly basis and used a workweek of Monday through Sunday to calculate overtime.

Each of Johnson’s two-week pay periods reflected the following hours:

Each of Smith’s two-week pay periods reflected the following hours:

Based on these hours, HWR compensated Johnson for four hours of overtime per pay period and Smith for eight hours per pay period.

In their lawsuit, Johnson and Smith asserted that their workweek should have started on Thursday and ended on Wednesday. This would have entitled each one of them to 44 hours of overtime compensation per paycheck — a substantial difference.

But the district court held that HWR didn’t violate the FLSA by calculating the hours based on a Monday through Sunday workweek. It granted summary judgment in favor of HWR. The two workers then decided to appeal the decision.

Can a Workweek Be Any Given Seven Consecutive 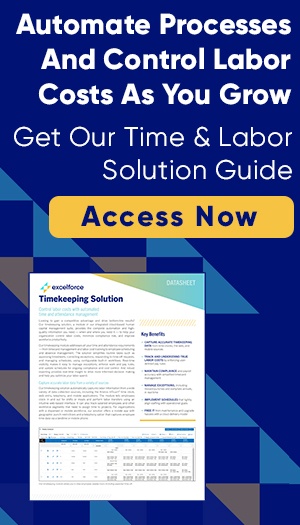 The Fifth Circuit Court of Appeals determined that the FLSA, as interpreted by Department of Labor regulations, requires employers to establish a workweek that is a “fixed and regularly recurring period of 168 hours” or “seven consecutive 24-hour periods.” HWR complied with that requirement.

It didn’t matter that the schedule spanned two Monday-through-Sunday workweeks and effectively reduced the workers’ overtime pay. “The mere fact that an established workweek does not maximize an employee’s overtime compensation does not, standing alone, violate the FLSA,” said the Fifth Circuit Court. It noted that Johnson and Smith failed to establish any authority requiring HWR to have its workweek coincide with the employees’ actual Thursday through Wednesday schedules.

“[N]umerous federal and state courts have concluded that an employer does not violate the FLSA merely because, under a consistently-designated workweek, its employees earn fewer hours of overtime than they would if the workweek was more favorably aligned with their work schedules,” the court said, quoting the Abshire case. “Thus, a schedule whereby an employee’s actual work schedule is split between two workweeks does not violate the [FLSA],” it concluded.

Final Thoughts on an FLSA Workweek

The FLSA imposes standards for overtime pay and minimum wage that employers must rigorously follow. Generally, an overtime rate of time-and-a-half is required in cases where the employee exceeds 40 hours in a given workweek.

However, employers are allowed some leeway in scheduling a non-traditional workweek that is still in compliance with the FLSA. Make sure that your company’s scheduling meets the requirements under the law and can withstand any challenge from the authorities or in the courts.

If you are an employer struggling to maintain compliance with FLSA standards such as overtime law or minimum wage, a cloud-based time and labor solution may be able to help. To see how Excelforce is already helping countless businesses with FLSA management and compliance, contact us today.