The U.S. Department of Labor (DOL) recently announced a proposed rule that increases the salary threshold to $35,308 for employees who qualify for the “white collar” exemption under the Fair Labor Standards Act (FLSA). The pending FLSA changes have sparked deja vu among employers, evoking flashbacks of the 2016 final overtime rule.

How to Prepare for the Newly Proposed Overtime Threshold

As an employer, you’re likely anxiously awaiting the fate of the new proposal. While waiting, it’s important to prepare in case the regulations come to fruition.

Here we share preparation strategies as well as background information on the new proposal, requirements of the new rule, and the impact on employers. 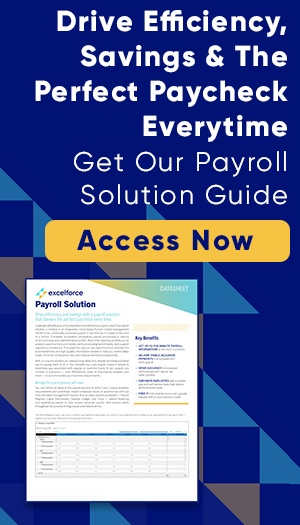 On May 18, 2016, the Obama-era DOL issued a final FLSA overtime rule, which hiked the salary threshold from the current $23,660 per year to $47,476 per year. This increase applied to salaried executive, administrative, and professional employees—“white collar” workers—who qualify for the FLSA’s minimum wage and overtime exemptions. However, the rule faced a series of legal challenges and was ultimately vacated by a federal court.

In 2017, under the Trump administration, the DOL expressed interest in revisiting the overtime rule. Note that in his congressional testimony, then-nominated Secretary of Labor, Alexander Acosta, indicated his support for increasing the number of low-wage employees who are eligible for overtime. Acosta declined to follow the threshold set by the Obama-era DOL, instead suggesting a salary level closer to $33,000.

On March 7, 2019, the DOL announced a new proposed rule that boosts the salary threshold to $35,308 per year. As most analysts predicted, the new proposal hits in between the 2016 exemption and the threshold currently in place. It is being published in the Federal Register, followed by a 60-day comment period.

The DOL then issues final regulations, and that could happen anytime in 2019 or the process could move into next year. The National Law Review reports that the DOL is working toward a deadline before the 2020 presidential election. According to the DOL, over one million U.S. workers would be eligible for overtime under the new regulations.

Highlights of the Proposed FLSA Changes

The proposed new rule makes no changes to the FLSA job duties test (which we summarize below), nor does it require automatic adjustments to the salary threshold.

For example, to keep the FLSA administrative exemption, you will need to pay employees who fall in that category at least $35,308 per year. This equals $679 per week. Paying them less than $35,308 per year will render them non-exempt. You will have to pay them overtime for work exceeding 40 hours in a week.

The above example reinforces the fact that “exempt” does not necessarily mean “salaried.”

The proposed rule applies to all employers with FLSA coverage. However, sectors that traditionally pay lower salaries—such as food and beverage, hospitality, and nonprofits—are likely to be more affected by the changes than others. It might be difficult for employers in those sectors to increase the exempt employees’ salaries; these employees may need to be reclassified.

However, according to an article published by the Society for Human Resource Management (SHRM), employers should hold off on reclassifying employees because “There is a long road ahead before there is a final rule.” The proposal is in the initial stage of what is predicted to be a lengthy process.

How to Prepare for an FLSA Rule Change

Step 1: Separate Employees into the Exempt and the Non-Exempt

Your review of all existing exempt employees should cover job descriptions, job duties, and current salaries. The Department of Labor provides a list of the exemption categories, which we utilized to create the Excelforce Employee Classification Checklist. Answer the questions below to make sure your employees are classified properly under the FLSA.

The answer to all of these must be “YES” in order to qualify for the executive employee exemption. 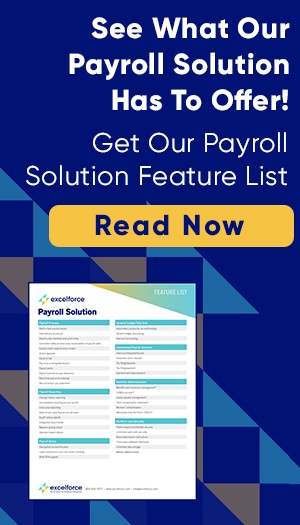 The answer to all of these must be “YES” in order to qualify for the administrative employee exemption.

The answer to all of these must be “YES” in order to qualify for the learned employee exemption.

The answers to these must be “YES” in order to qualify for the creative employee exemption.

Do the employee’s primary duties include:


1) The application of systems analysis techniques and procedures, including consulting with users, to determine hardware, software, or system functional specifications;

2) The design, development, documentation, analysis, creation, testing, or modification of computer systems or programs, including prototypes, based on and related to user or system design specifications;

3) The design, documentation, testing, creation, or modification of computer programs related to machine operating systems; or

4) A combination of the aforementioned duties, the performance of which requires the same level of skills?

The answer to all of these must be “YES” in order to qualify for the computer employee exemption.

The answers to these must be “YES” in order to qualify for the highly compensated employee exemption.

You should now have a clearer assessment of the potentially exempt and non-exempt workers currently under your employment. If not, here are additional resources from the Federal Government.

Employers should also follow these best practices to prepare for the pending FLSA changes:

NOTE: The changes went into effect in January of 2020.

If you are a New York-based business struggling with the changes to FLSA and FLSA compliance, Excelforce can help. Contact us today to see how we have already helped countless businesses do the same.