Employees can Benefit From a PTO Bank

WorldatWork, the HR professional society, has been surveying its members for over a decade on this topic. In its most recent “Paid Time off Programs and Practices” report, within some demographic groups, a majority of employers now merge those paid time off (PTO) components. That creates a “combined bucket of available days to be used by employees … at their own discretion.” One benefit of this approach is that employers are no longer put in a position to have to judge whether leave is used appropriately.

Specifically, 51% of privately held companies have jumped on the PTO bank train. In the health care and “social assistance” industry sector, 79% of those surveyed have embraced this plan. In contrast, just over one-third of manufacturers are using PTO banks, so far.

Use of PTO banks also varies considerably by employer size. Here’s an overview. 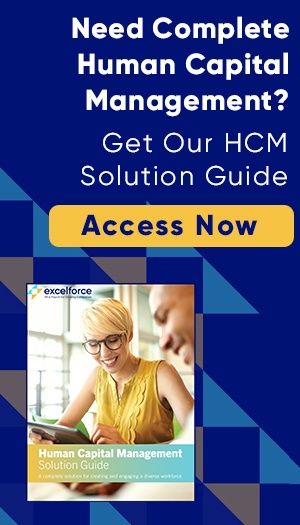 Overall the choice to use this method of distributing paid time off is growing. A decade ago, only one in three companies used it, while today the overall figure is 43%. Of those surveyed more than one in four are at least considering a move to this system.

Here are the primary motivations for the employers that have already made the switch, and how frequently they were identified, according to the survey:

Although reducing absenteeism ranked fourth on that list, it’s noteworthy that 41% of survey respondents reported reduced absenteeism after a PTO program was adopted. That led researchers to believe the drop in absenteeism might be most dramatic right after the program was implemented.

Also noteworthy in the survey is the fact that employers using PTO banks, on average, give employees fewer total paid days off, than those that set individual limits for vacation, sick leave and personal days. As with traditional vacation policies, PTO bank policies allow more paid days off as employee tenure increases. The accompanying table tells the story.

A handful of employers with PTO bank policies expect workers to use their PTO allotments for certain purposes beyond vacation, personal days and sick days. Examples include:

On the other hand, a large number of companies that use PTO banks expect employees to use their paid time off hours for parental leave and to do volunteer or community work.

Employers with those more-generous-than-required time off policies for new parents generally did not distinguish between benefits for mothers, fathers or adoptive parents. Nearly three-fourths also offered them to domestic partners of parents, and about half did so for foster parents.

Whether a PTO bank policy is appropriate for your organization will depend on your employee demographics, human resource philosophy and how you feel about policing the reasons why employees miss work.

A first step in examining whether instituting such a policy makes sense — assuming you haven’t already done so — might be comparing your total average employee days away from work to the average PTO allowances (by employee tenure) revealed in the WorldatWork survey. If the number is higher, and you don’t have an unusually unhealthy workforce, it might be a good idea to give the PTO bank concept a careful look.